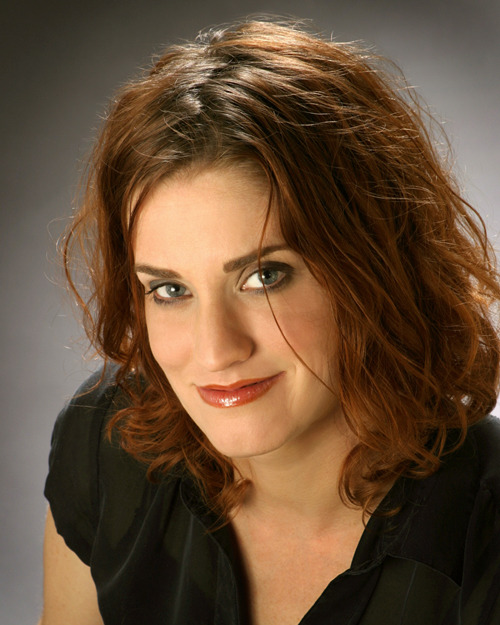 Though a full investigation has never been conducted (to the best of my knowledge), I still believe that it can be demonstrated that Gianna Jessen has fabricated most or all of her story. The articles cited here are included at the end of this post in the bibliography.

The basic summary of her story is that she was born in a botched saline abortion attempt that her mother (henceforth referred to as “Tina”) sought at some point late in her pregnancy. I am using the phrase “at some point” because the exact time frame varies between versions. In 1991, when Jessen started her career, an article in The New York Times states that she was born at “almost 7 months,” which could be about 29 to 30 weeks. However, later articles, as well as the content of her own speech before Congress in 1996, inflate the gestational age even more, to 7.5 months (about 32 weeks) (Day; Jessen; Womack). One reports it to be 7 months (about 30 weeks) (Prismall). Meanwhile, another article from 2008, quoting a 1995 biography about her written by Jessica Shaver, puts the gestational age at 29.5 weeks, which is about 6 months (Henig). This raises one of many questions about Jessen’s story: Why is it that she cannot get her story straight about such a basic detail of her own birth, especially if she has the medical records to prove it as she claims?

While these differences may seem small at first, they are actually of major legal and medical importance. Saline abortions were still in use at the time of Jessen’s birth, but have since become extremely rare in the United States. They were traditionally used to end pregnancies in the second semester, between the ages of 16 and 24 weeks (“Instillation abortion”). Even with the generous estimate of 29.5 weeks, the date of Tina’s botched abortion is well out of this narrow window.

“But wait,” Jessen’s defenders cry. “Maybe the reason why the abortion was botched was because it was performed too late.” If true, the scenario this argument sets up is extremely unlikely as well for legal reasons. Jessen’s birth year (1977) occurred several years after Roe v. Wade (1973), which set the age of viability (and therefore restricted abortion) the start of the third trimester, or at 27 weeks. (“Pregnancy”; “Roe v. Wade”). Every single one of the purported gestational ages of Jessen’s birth still fall after this 27-week limit, and therefore are in the third trimester. Prior to Roe, California prohibited all abortions except in the cases of health risk, rape, incest, or a damaged fetus (Lokal_Profil). While Roe would have struck down this law for the first and second trimesters, it still would have been entirely enforceable in the third trimester. Therefore, it is highly unlikely that post-Roe Tina would have been able to procure an abortion in the third trimester without a serious medical reason, considering how late in the pregnancy the abortion took place.

At this point Jessen’s defenders could counter with the claim that Jessen’s mother was undergoing an abortion for her own health, or that she sought an abortion from a back-alley abortionist. While only Jessen and Tina know the truth, it is still possible to infer some conclusions from the known details of the story. Tina was apparently a 17-year-old single woman with an unwanted pregnancy, though why she suddenly wanted to end it so late in the pregnancy is unclear. However, Jessen reports that Tina is “sorry” about having had the abortion done (Lewin). She has also characterized her mother’s state of mind as selfish, complaining that she had to “bear the scars” of the decision that her mother thought was “only hers to make” (Womack; Elliott). Both of these details imply that Jessen considers Tina’s abortion not the result of necessity, but irresponsibility, a motif featured in many a pro-life fable.

As for the possibility of a back-alley abortionist, Jessen also claims to have had the birth certificate signed by the abortion doctor, along with a note that her birth was the result of the botched saline abortion (Elliott; Lewin). If this were true, the doctor would have probably been found out and shut down for administering the saline abortion at an inappropriate time in the pregnancy, and leading to the cerebral palsy of an infant.

It should be also be noted that Jessen’s medical records, including her birth certificate, are currently sealed and confidential. Her mother, “Tina,” has also not stepped forward to independently verify any of Jessen’s claims (though, to be honest, I wouldn’t blame her).

In addition to the confusion about the timeframe of Jessen’s birth, there is also conflicting information about when and how Jessen discovered the “truth” about her past. The 1991 Times article claims that she was told about her mother when she was 14, after drawing a connection between herself and the “fetuses in formaldehyde around the house.” Coincidentally, this is the same year she gave her presentation at a National Right to Life convention that sparked her speaking career (Lewin). But a 2005 article claims she realized it at the age of 12 because she wondered why she was different from other children at school (Day). It is possible that there is a version of events that reconciles these two different variations of the story, but I find the lack of a thorough, established timeline somewhat suspicious.

At this point, it should be becoming more and more clear that Jessen’s story has some serious gaping holes that have yet to be adequately explained with corroborating evidence. However, the issues do not end here.

The questionable aspects of Jessen’s story are made further evident from the lack of consistency between details of her testimony and scientific knowledge. A common pro-life claim regarding saline abortions, besides that they are common in the United States today, is that they chemically scald fetuses in cruel and disfiguring ways. Similarly, Jessen claims that the saline abortion “burned [her] alive” in the womb, going on to say that this event also gave her lasting fear of fire (Day; Prismall). The latter part of her claim should be obviously laughable to anyone with a bit of common sense, as no one retains memories from the time they were an infant, let alone from when they were a fetus. However, it is the former part of her claim (that the saline abortion burned her) that will be examined more closely.

If you’ve completed a high school chemistry course, you should know that a saline solution is formed when a salt is placed into a solvent (usually water), and the ions of that salt separate. For example, when sodium chloride (NaCl) is placed into a water solvent (H2O), it will dissolve into ions according to this formula:

These ions then float around freely in the solution.

The resulting saline solution can occur at various concentrations. People routinely swim in 34.2% saline solutions with no ill effects (“Dead Sea”). They can even drink saltwater, and unless it is boiling hot, it will not burn their insides. However, they will feel nauseous due to the electrolytic imbalance induced by the sudden intake of Na+ and Cl- ions. Electrolytic balance is crucial for the function of many organs in organisms’ bodies, such as the heart. Remember this as you read and consider the following.

The saline solution mentioned above is also used in the kind of saline abortion that Tina supposedly underwent (though we should know at this point that this scenario is incredibly unlikely). First of all, the amniotic fluid the fetus floats in is already about 2% saline solution, and the fetus makes its own “contribution” by urinating into it (“The role of amniotic fluid”). However, it does not burn the fetus. The hypertonic saline solution is a 20% saline solution, injected into either the amniotic sac or the space between the amniotic sac and the uterus (not the fetus itself, as is often claimed). This is enough of an electrolytic disturbance to cause the fetus’ heart to fail, but it never burns the fetus or the delicate reproductive system of the pregnant person (“Abortion in the Twentieth Century”). The cervix is then dilated and the fetus extracted as in a normal birth. Again, I will repeat: At no point does the saline solution burn the fetus or the pregnant person. It doesn’t even have to.

To me, the medical inaccuracies are the strongest indicators that Jessen’s story is a willful deception. They rely on lies identical to those already repeated in pro-life publications, which Jessen was probably exposed to extensively as a child. (Her mother, Diana DePaul, was already involved in pro-life activism when she adopted Jessen.) Even if Jessen was brainwashed by DePaul, Jessen is 37 years old as of the time of this writing. I do not think she is as naive as a 12-year-old (or 14-year-old, depending on which story you prefer). In fact, I believe she is considerably intelligent and has the ability to critically examine what her mother has told her. But if she really does believe what she is saying, it’s the equivalent of a 37-year-old believing they were still delivered via stork. Jessen’s entire career as an “abortion survivor” and “disability rights advocate” is based on this story, so she has a clear interest in keeping it that way. Even if Jessen knew that her story was false, I would not expect her to recant it any time soon.

However, I think there is a needle of truth in the haystack of lies. It is possible, for example, that she did have a premature birth. As for her claims that she has cerebral palsy, I am not qualified to comment on that issue, but it is a known complication of premature births (“Premature births”). Babies born at 28 to 31 weeks have a very high chance of survival of about 96%, though babies with very low birth weights like Jessen are still at high risk of medical complications (“What’s the outlook”). It is not unreasonable to believe that Jessen was born premature somewhere between 29 to 32 weeks, and that she developed cerebral palsy as a result of complications. However, whatever truth there may be to Jessen’s story is swamped by the sheer number of fabrications tacked on to it. I am not convinced that either Jessen or her mother/manager, Diana DePaul, are being completely honest about Jessen’s past. Readers beware: do not let the pathetic fallacy Jessen employs deter you from examining her claims. While Jessen would have you believe that being pro-life is a prerequisite for feeling complete and proper sympathy for her plight, emotions are never a substitute for hard evidence and critical thinking.

Day, Elizabeth. “Gianna Jessen was aborted at 7½ months. She survived. Astonishingly, she has forgiven her mother for trying to kill her.” The Telegraph 4 Dec. 2005 [London] . Web. 2 May 2014. <http://www.telegraph.co.uk/news/uknews/1504652/Gianna-Jessen-was-aborted-at-7-months.-She-survived.-Astonishingly-she-has-forgiven-her-mother-for-trying-to-kill-her.html>.

“Pregnancy: The Three Trimesters.” USCF Medical Center. The Regents of the University of California, 2014. Web. 2 May 2014. <http://www.ucsfhealth.org/conditions/pregnancy/trimesters.html>.